Prima America is a company in Groveton, NH that has successfully established a demonstration recycling plant designed to turn agricultural and some other plastic into diesel fuel. Per their account below, they partnered with AirFlow Catalyst Systems, Inc. of Rochester, NY, in the spring of 2017 to create a custom formulation diesel oxidation catalyst (DOC) for low temp reduction of carbon monoxide (CO) and hydrocarbons (HCs).

The diesel fuel they produce is used to run the engine that powers the generator they use for their proprietary conversion process. There is also a COGEN aspect as they capture waste heat to help convert plastic and other waste into diesel fuel.

The partnership with AirFlow allowed Prima America to meet the environmental regulations of NH. It was a fun project and we look forward to seeing more success for Prima America, benefiting NH residents with less waste.

When it came time to ensure that we scrub out the most emissions as we can we did a lot of research on the best catalyst we could use. I got one from a company that failed bad. The reason is that the engine was not hot enough to cause it to work right.

Working with the team at AirFlow Catalyst we designed one for the Ruston. In my state we have to have 70% efficiency for CO reduction. Well we hit it out of the park. The test report told us just how good this system worked. Average catalyst CO control efficiency measured 93% with average CO emission concentration of 65PPM at 15% O2.

We strive to be as green and clean as we can and the people at AIRFLOW CATALYST helped us pass far above the state standard.

Once more, thank you to the AirFlow design team. Just think if we can removed plastic from landfills and the towns and cities could make their own fuel. 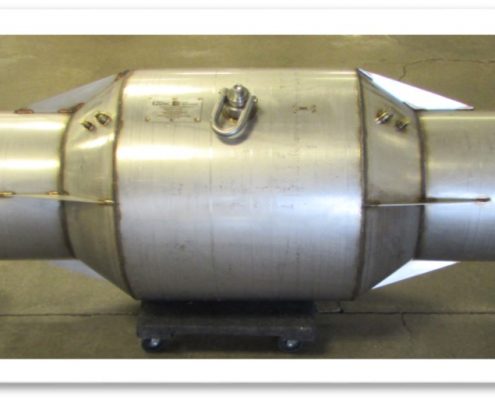 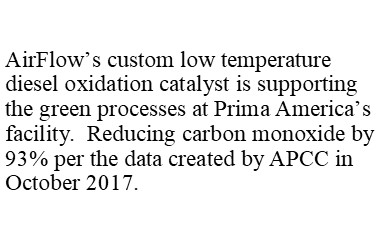 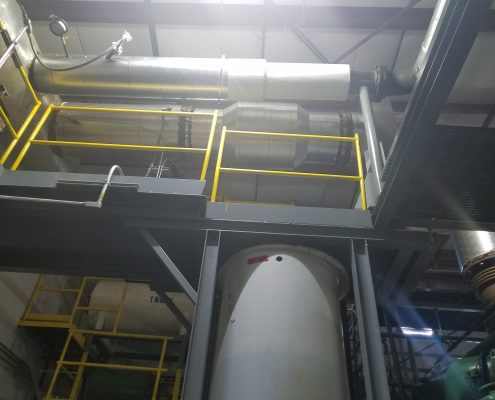 Images of the customer catalyst before and after installation.

XYZ Salt Mine needed to control NO2 emissions from their underground equipment.  They were using Caterpillar 994 loaders and needed a retrofit solution.  They discussed the problem with AirFlow Catalyst’s engineers who visited the salt mine and drew up the specifications for two MinNoDOC units that could be added to their 994 loader.

Based on their measurements and emission requirements Airflow Catalyst built two MinNoDOCs that would great reduce NO2 output. Two units were fabricated at Airflow’s manufacturing facility in Wayland, NY. 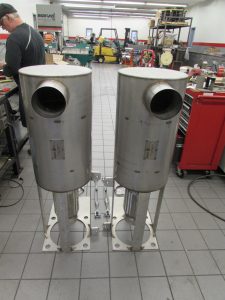 Airflow delivered the units to XYZ salt mine and assisted in their installation.  The units ran successfully

[Give stats on NO2 output, etc]

Caterpillar 994 retrofitted with MinNoDOCs to greatly reduce NO2 output